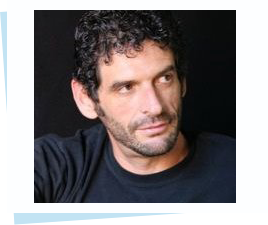 Oren Slozberg is the chief strategies officer and EDGE program director at Commonweal in Bolinas, CA. He has been a senior program developer in the fields of education, youth development, and the arts.

In 2003, OrenÂ co-founded the MMG Foundation, dedicated to Visual Thinking Strategies (VTS) in California public schools. In May 2006, he became executive director of Visual Understanding in Education (VUE), the national organization that implements VTS in the United States and abroad, reaching over 75,000 students. In that role he directed the national team of VTS trainers in the development of elementary school program implementation and assessment tools. Slozberg is a senior trainer in VTS who has led over 60 VTS trainings.

Oren joined Commonweal in 2013, where he works closely with Commonweal Co-Founder and President Michael Lerner developing sustainability and organizational development strategies for future programming. As director of the EDGE program at Commonweal, Slozberg is exploring the developing of group intelligence through engagement with the arts.